Enjoy a Piratical Adventure with the Wild Seas Slot

Yo ho ho and a bottle of rum, me hearties! Get ready to put a gold earring in and whistle up your pet parrot for the Wild Seas slot from ELK Studios. Pirate themed slots are pretty common these days, and ELK have contributed to the genre with this effort, which takes us out onto the high seas with famed female pirate Anne Bonny.

You can find out everything you need to know about this game in this Wild Seas slot review. Read on to discover more about its bonus features, special symbols and how it looks and sounds. 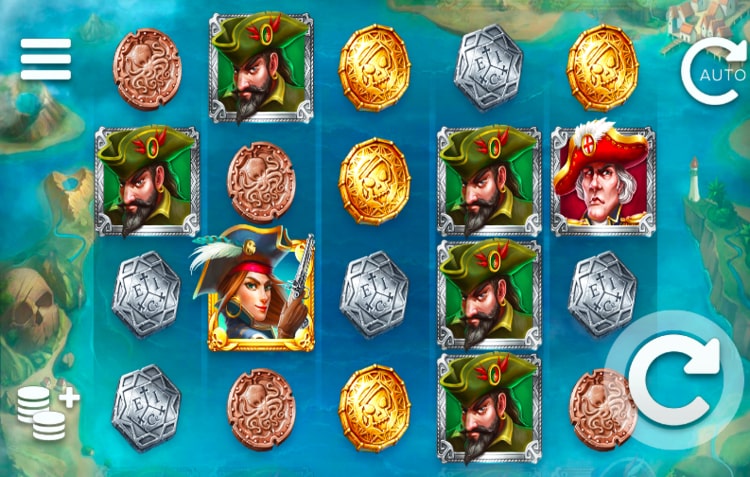 Enjoy a Piratical Adventure with the Wild Seas Slot

Wild Seas is played on a grid of 5 reels and 4 rows. There are 178 paylines and the minimum bet you can place is 0.2 currency units. The maximum bet limit is 100 coins. The game looks just as good on your mobile device as it does on your desktop PC, thanks to ELK’s deployment of HTML5 technology. The game has been around since January 2018, so is a relatively new addition to the ELK Studios catalogue of games.

What is the Wild Seas Slot RTP?

The Wild Seas slot RTP is 96.30%, which puts it in the typical range of ELK Studios games. Most of this developer’s games fall into the 96-97.00% range when it comes to RTP. If you prefer to bases your slots strategy on factors other than RTP, the Wild Seas slot variance is medium. This means that your chances of picking up large wins are about the game as your chances of picking up regular small wins. It makes it an ideal game for both novice slots players and seasoned casino veterans alike.

Graphics and Sound in the Wild Seas Slot

So what does the Wild Seas game look and sound like? We’ll answer that question for you here. When you open the game you are greeted with a really impressive opening sequence. This explains the plot behind the game. An English sea officer and a Frenchman conduct a conversation about the dread pirate Anne Bonny, and how she surely cannot be crazy enough to take them all on. It looks very much like she is. As this dialogue unfolds, you’ll see an animated sequence of waves and ships that looks impressive.

When the game itself begins, the reels are set in front of a map of what could be the Caribbean. It looks very much like the kind of locale where pirates would hang out anyway. The graphics are fresh and brightly coloured, giving the game a light-hearted feel that is perfectly complemented by the cartoon-style graphics of the symbols on the reels. The musical soundtrack is adequate, but never as impressive as the music on other ELK games like Taco Brothers, or Playson’s Chicago Gangsters.

Have You Heard the One About the Englishman, the Frenchman and the Portuguese?

The graphics on the reels are of high quality. All the symbols are rendered in a cartoon style that features plenty of detail. The level of detail helps to give each character on the reels a sense individuality and charisma that we applaud. One of the high-value symbols you will see is Anne Bonny herself. She was a real-life pirate, though we doubt that she looked as clean-cut and cheeky looking as her brunette representation looks here.

The other symbols on the reels include 3 sea captains. One is dressed in red, one in blue and one in green, and they have different values. Each also has its country of origin’s flag on their hat. So we have a sneering Englishman, a superior looking Frenchman and a wild-looking Portuguese type, all of him is dressed in impressive headgear. They are the naval skippers who have been tasked with capturing Anne Bonny.

Each of the pirates commands one of the fleets of ships that appear in the bonus feature. The game’s lower value symbols are copper, silver and gold coins. There is no scatter symbol in the game. The Wild Seas logo functions as the game’s wild symbol and also triggers the bonus feature. We’ll take a closer look at this in the next section of this Wild Seas slot review.

There is only one bonus feature on offer in Wild Seas. This is a free spins feature and is triggered when wild symbols spin in on reels 2 and 4. The feature opens up a new set of reels on which you will see 5 sailing ships. These ships represent the fleet of the English, French or Portuguese captain, and will be chosen at random. The feature is called ‘Break the Convoy’, and it involves Anne Bonny’s pirate ship sinking the ships of the sea captains.

These 5 ships will be on the fifth reel, and they are all wild symbols. They will move one place to the left after each free spin. This opens up an interesting battle phase of the feature, as once the ships have moved, pirate ships will appear on reel 5. They will fire at the sailing ships as they attempt to escape across the reels. If a ship is hit 3 times by fire from the pirates it turns into a wild treasure chest symbol. This remains frozen in place until the feature is over, and it can boost your chances of winning big prizes.

While the feature is enjoyable, it is not the most involving of features, and watching the action unfold left us feeling a little passive. Mind you, the action moves quickly, and there is certainly the potential to trigger plenty of wins. We picked up some pretty lucrative prizes from the feature when we played, and we managed to trigger it fairly regularly too.

Channel Your Internal Buccaneer with the Wild Seas Slot

We have to say that we enjoyed spinning the reels of Wild Seas. The opening sequence before the game starts is impressively done, and it really helps to set the scene and draw you into the world of the game. As we have seen in this Wild Seas Slot review, Elk’s attention to detail when it comes to the graphics is another strong point. Each of the pirate captains has a real character of their own, and it seems to fit with national stereotypes too, which is a nice bit of extra fun. The music is also pretty tolerable, as far as soundtracks from slots go. Try it out wherever ELK games are featured!

🎰Where can I find slot sites with Wild Seas?
There are plenty of online casinos that feature ELK Studios slots like Wild Seas. Your best bet is to check out our list of casinos that feature ELK games. There are new ones springing up all the time too. Many will feature other ELK games like Wild Toro or Taco Brothers too. You can also see which of the casinos are offering the most tempting promotional bonuses to entice you to sign up for an account.
🎰What is the largest win I can take from Wild Seas Slot?
You can win some really big prizes by playing the Wild Seas slot. When it comes to jackpots, the largest prize that you can win is 178000 coins. Keep an eye out for Anne Bonny, as she is the most valuable symbol on the reels. The bonus feature remains the best way of taking home the biggest prizes on offer, though, as well as providing great entertainment.
🎰Is there a winning betting strategy for Wild Seas Slot?
No slot strategy is ever going to be foolproof, simply because online slots rely entirely on Random Number Generators for their outcomes. There are certain things you can do to maximise your chances of winning, though. ELK Studios actually suggest some possible strategies on their official website. You can check these out at the same time as you play the Wild Seas slot in demo mode. You can certainly find some useful tips there.